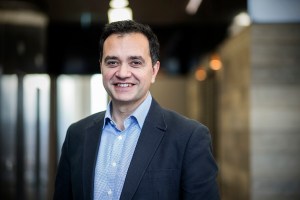 Trustees Week (13 to 17 November 2017) shines a light on the magnificent work trustees do and the many and varied opportunities for them to volunteer with UK charities.

Over the past few years we’ve seen an increase in the number of professionals wanting to become trustees in recognition of the fact it offers a unique way to acquire new skills, make connections, gain board level experience and contribute to society.

Demand for professional skills from charities is also rising. Recruiting trustees with commercial experience can improve the existing skills and competencies on a board, strengthen governance and broaden networks.

Three years ago, we launched Step on Board in partnership with the National Council for Voluntary Organisations (NCVO). This board-level volunteering programme is open to all businesses who want to offer existing and future leaders an alternative, relevant and engaging leadership development programme, while also fulfilling their CSR commitments.

The programme has been very successful. To date, around 140 trustees have been recruited through Step on Board from several companies, including Barclays, Google, and law firm Mishcon de Reya and others.

Many of the trustees we’ve placed don’t fit the typical trustee demographic of an older, white male, which is helping charities improve board diversity, as well as bringing in new skills.

One example is Alexandra Whiston-Dew, a media lawyer in her 30s from Mishcon de Reya who was taken on as a trustee by LHA London, a provider of high quality accommodation in London for students and young people.

The organisation wanted to recruit a trustee whose age was reflective of its young beneficiaries – young people starting out in London, in their first jobs who are struggling to find an affordable home.
They also wanted someone with legal skills and social media capability and Alexandra fitted the bill perfectly. LHA London was impressed with her legal credentials and understanding of social media when communicating with young people.

One of the reasons Alexandra has settled in so well is because Mishcon de Reya encourages its employees to volunteer a percentage of hours each year for charitable purposes, which allowed Alexandra to commit fully to the role.

For Alexandra, being a trustee enables her to pursue her interest in assisting young people who don’t have access to the financial resources or contacts to pursue their life ambitions. She tells us that she is learning a great deal from the other trustees and management, and relishing being taken out of her “comfort zone”.

Working as a trustee means Alexandra is involved in important and impactful decisions, and she says the whole experience is enhancing her career development. She recommends trusteeships to anyone – providing they approach the role professionally and with passion, and not just using it as a tick box for the CV.

Lawyer Dina Shiloh, a partner at Gallant Maxwell completed the Step on Board programme at her former company, Mishcon de Reya and is now a trustee at the Microloan Foundation, a charity that helps women in sub-Saharan Africa get out of poverty by providing them with loans to start small businesses.

The charity wanted a trustee with strong media skills to promote the charity’s message and raise its profile. Dina stood out as she is had previously worked as a print and radio journalist, and a television producer for CNN, NBC and the BBC, before becoming a lawyer.

Dina has had a major impact on the charity and within the first few months she visited Malawi to see the charity’s work in action. She used her skills as a journalist to interview women, make videos and take photographs, bringing back lots of materials that help promote the charities work.

Dina recommends Step on Board to any professional considering becoming a trustee, especially younger people, as she says it is a fantastic way for people to gain board experience early in their careers.

Through programmes like Step on Board professionals can develop their careers by gaining skills and experience not easily found elsewhere. Trusteeships can open doors and introduce people to a new network of people. Companies and charities also benefit – so it’s a win win situation for all.