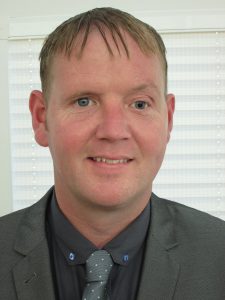 onal and professional experience and passions

I am a 42 year old ex Army Sergeant who sustained an Acquired Brain Injury as a result of a car crash in Cyprus 13 years ago. Since that time I have undergone extensive neuro rehabilitation in a bid to rebuild my life.  I began to attend Headway, the adult Brain Injury Association then began volunteering for my local branch. It was through this that I met representatives from Brainbox and became interested in the charity. My passions are everything connected with Brainbox, my family and music. I am heavily involved with a rock band, Legacy, that play charity gigs for the charity.

Tell us more about your charity – what are your aims?

I became involved with the charity as a volunteer on placement for my university course, when that ended I realised that I could bring a lot of experience and understanding to the governance of the charity and the charity felt so too.

Because I have personal experience of Acquired Brain Injury and felt that I had a lot of knowledge and understanding of the issues being faced by the families Brainbox supports.

Quite a bit as the charity’s CEO and myself both volunteered for another brain injury charity and I was becoming increasingly involved in fundraising and volunteering with Brainbox so I had a pretty good how the charity worked, what its ethos was and could directly observe the great work that the charity does and the outcomes achieved.

It makes me feel a sense of great satisfaction that I am involved with a charity that is making such a difference to so many lives affected by Acquired Brain Injury, a topic very close to my heart. It has given me lots of opportunities in the Brain Injury community in the North East of England. It has enabled me to go out and represent the charity and a great sense of pride to do so.

I have brought a great deal of personal experience to Brainbox and a genuine understanding of the challenging issues faced by families. I act as a role model to children with Acquired Brain Injuries and through me they are able to see that life does go on and that you can still play an important and valuable role in your community despite the brain injury. My own family’s experience has also been an asset to Brainbox as they know first hand what the parents of the childhood brain injury survivors have to go through.

Undoubtedly funding. For smaller charities with no team of dedicated fundraisers it is becoming increasingly difficult to continue to deliver vital services.

Honesty, reliability, respect for the charity’s beneficiaries and loyalty.

Be prepared to take on whatever help and support you need to fulfill your role. Access training whenever possible and listen to people with experience of the role.