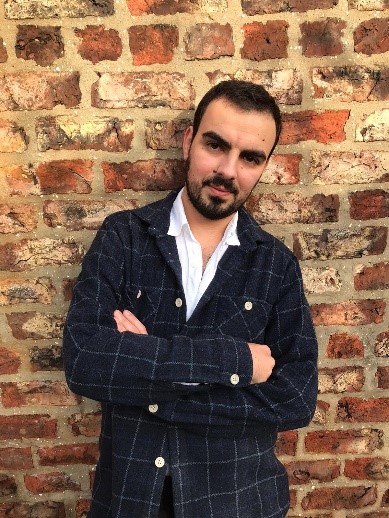 Rodolfo shares his views and experiences of being a trustee as part of our series of Trustees Stories.

Rodolfo is a trustee of two arts charities: Freedom Studios in Bradford and East Street Arts in Leeds. He is also the Yorkshire and The Humber Ambassador for the Young Trustees Movement, campaigning to increase the number of trustees under 30.

I’ve been a trustee of Freedom Studios, a theatre company based in Bradford since 2016. Earlier this year I joined my second board at East Street Arts, a leading visual arts organisation in Leeds. At their core, both of these charities’ missions are about championing creativity, supporting emerging artists and creating opportunities for people to experience, take part and enjoy arts and culture on their doorstep, often in non-traditional arts spaces.

I used to work for arts organisations, most of which are registered charities, governed by a Board of Trustees. That was my first introduction to what trustees are and do. As I started to understand a bit more of what trustees did, I thought that actually, given the right opportunity, it would be a really great way of volunteering my time and skills. But also gain a better understanding of how charities work at a senior level and develop my own leadership skills.

So I kept an eye out for local opportunities. Then in late 2016, Freedom Studios had recently appointed a new leadership team and put out a call out for new trustees. I’d heard of the company and knew their values resonated a lot with what I believe in and want to support. But I was also unsure if I could just apply. Was I not too young at 24? Did I have enough experience when it came to it?

So I reached out and asked for an informal chat with one of the Artistic Directors, who explained where Freedom Studios was at and looking to do, what they were looking for in trustees and that yes, they would welcome my application. That was the reassurance that I needed to put in my application. The recruitment process itself involved a further conversation with one of the Artistic Directors and a trustee, a sort of informal interview that was really about ensuring we were the right fit for each other, as well as an opportunity to observe a board meeting.  After that I was asked if I wanted to join, said yes and the board voted me in.

Now I’ve been on the board for several years and have seen Freedom Studios achieve so much! We’ve said goodbye to longstanding trustees and welcomed new voices to the board (currently I’m one of two under 30 trustees). There’s been challenges, not least a pandemic, but we’ve pulled together to get through it. For me, the best part is seeing the impact of the charity’s work. I’ve sat and seen it happen in theatres, pubs, public squares and even run down store basements turned stages!

To anyone thinking about trusteeship, I’d say think about what you can offer, not just skills, but your experiences and values too. And don’t be afraid to be clear about what you want out of it too. Because you’ll end up learning a lot.